Santa Jim first put on the red suit over 48 years ago, and has been a "real bearded" Santa for the last 8 years.

He has appeared in numerous homes, business, schools, charity walks and health care facilities around the state.  As well as movies, Television programs and commercials.

In addition to the traditional Red Suit he also can appear in many other suits, St. Nicholas, Father Christmas, suits from each branch of the military services, an all white suit and in tribute to those fighting cancer he also has an all Pink Suit.  Plus a large number of "casual suits", toy maker, western wear and summer leisure being just a few. 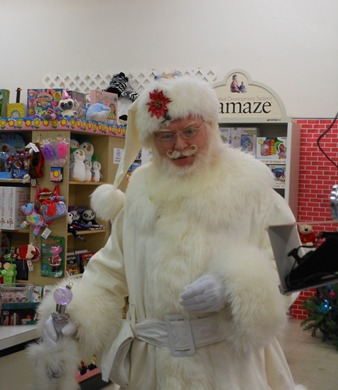